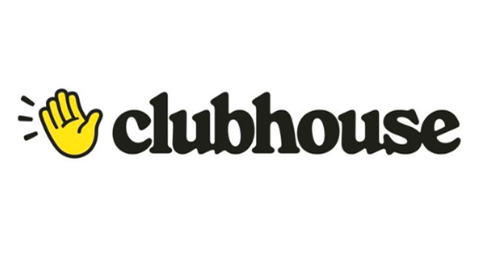 Due to the pandemic, people had been confined to their homes, which increased the appeal of live audio and video streaming platforms. Many firms developed their own version of social and audio clones during the pandemic. Meta and Twitter just being a few of them. However, as pandemic-related relaxations continue to be on the rise, more people are getting the chance to socialize and interact in person. This could potentially affect the live audio and video streaming platforms. Hence enterprises are rushing to come up with strategies to keep their customers. In lieu of this, Clubhouse recently announced that it will be introducing exclusive "Houses" groups. This announcement comes after the firm introduced in-app games and enhanced its voice rooms with a text chat function, which are similar to YouTube or Twitch.

Clubhouse gained immense popularity during the initial months of the pandemic, however it is attempting to switch things up a little with its new introduction. With the company's latest product, every individual or group can design their own carefully selected "House" inside Clubhouse. Users can sign up to create Houses starting from the 5th of August 2022. But, Clubhouse says it will take some time to approve the new Houses so it can gather feedback and make necessary changes to the product.

The sign-up page for Houses reads, "Think of Houses as private hallways just for your favorite people". The website states that people can drop in anytime and check out the different rooms within the interface to meet up with their friends. Houses operate and grow only by allowing certain people to join the group. The groups usually meet up at a standard time, and everyone in the group gets to nominate a few friends. Thereby allowing access to only those who are mutual friends and people of trust. Additionally, there is also an option to keep the interface closed.

In order to access the product, the user must first provide their name and Clubhouse username on the sign-up page to create a House. After that, you are prompted to choose a name for your House, describe it to others, and decide which people you want to invite to become "Founding Members" of your House.

The co-founder and CEO of Clubhouse, Paul Davison , announced in a series of tweets that each House will have its unique personality, content moderation rules and culture. For instance, he pointed out that Clubhouse serves multiple communities and that not everyone wants to chat about the same topics, making it challenging to locate the appropriate spaces. He continued by saying that communities must be allowed to break apart and form new ones. This is one of the issues that the platform wishes to address, as per Davison. There will be "a lot to tune" according to Davison, but Clubhouse has "years of funds in the bank" to finance its ambition and is dedicated to the product over the long haul.

In a statement made by the spokesperson of Clubhouse, it was stated that the company views Houses as a more intimate and private platform than its earlier product, Clubs. Clubs were typically built through invitations and were more open and public. On the other hand, Houses can initiate or schedule a meetup within a group of people. The spokesperson also added that the company views Houses as a "dinner party with your friends", and Clubs are more like public concerts occurring at a festival.

Based in San Francisco, Clubhouse was first launched in March of 2020 by Paul Davison and Rohan Seth. The company experienced massive success due to the pandemic as more people started using the application. The firm initially started as a social media startup and mainly designed podcasts. Then, however, it rebranded itself and launched an audio-based application that lets people join groups they are interested in. Since then, the company has ventured into a lot of different platforms.