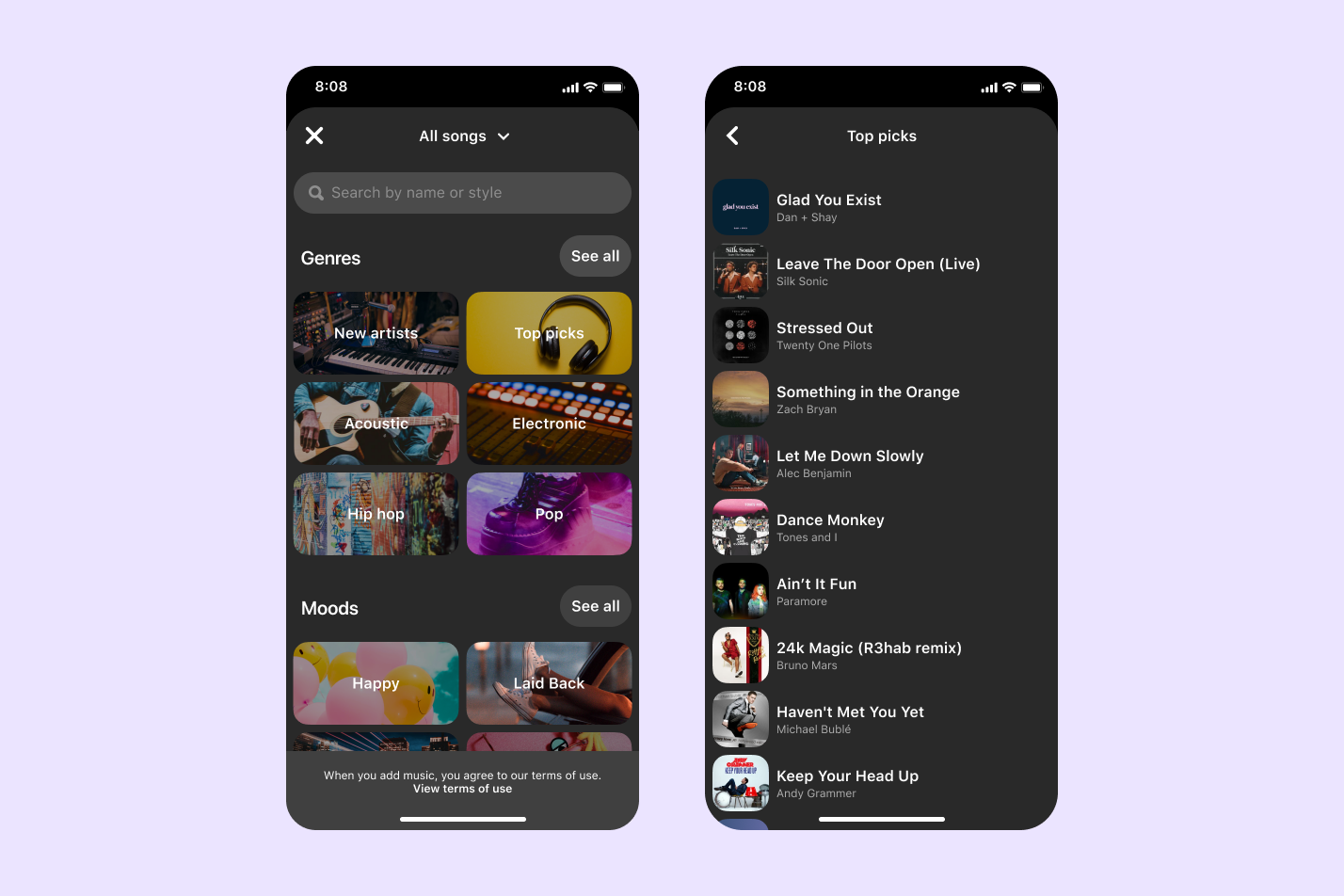 Music has become a vital component of the short-form video shift. Many musicians are now developing promotion plans that follow TikTok trends to increase reach and engagement.

Pinterest recently announced new partnerships with Warner Music Group, Warner Chappell Music, Merlin, and BMG. Pinterest aims to bring today's finest musicians and artists to one platform. Users will now be able to add songs by Ed Sheeran, Silk Sonic, Anitta, and many more to their Idea Pins due to these new deals.

Pinterest aims to assist creators in creating more engaging Idea Pins by including new music options for their Pin creations. It contains songs from some of the top recording artists and stars worldwide.

Additionally, Pinterest announced a partnership with 7Digital that will allow it to expand its royalty-free music collection. It also collaborates with Rumblefish to provide music metadata and licence management services.

The Pinterest mobile app is set to mark its debut new music experience to simplify browsing and accessing this greater music library on iOS and Android. To locate the perfect song to go with their Idea Pin, designers can search for it here by artist, track name, or keyword.

Creators must first open Idea Pins to use the feature. After clicking the music icon, they will be led to a screen where they may search for and add their chosen tracks. Then they would publish their Idea Pin after recording it.

The update would make Pinterest's Idea Pins a more competitive alternative to TikTok and other social media platforms that have entered the short-form video space allowing users to use well-known music from big record companies.

Pinterest users can interact with the Idea Pins by liking, sharing, and commenting. Users can save them to different boards for later reference, which TikTok currently lacks.

Pinterest is ramping up its TikTok-inspired video function by introducing more music selections through agreements with record labels. Idea Pins are Pinterest's original take on the popular TikTok short-video format, which was introduced last year. This format has lately appeared on Twitter, Snapchat, Instagram, Facebook, YouTube, Spotify, and other popular apps. The 60-second Idea Pins enables creators to convey their stories using a combination of video, photos, music, and other editing tools as opposed to directly replicating TikTok, as some others have done but in a way where the Pins themselves may be tapped through, similar to stories. In contrast, the Idea Pins feed scrolls vertically, similar to TikTok.

According to Pinterest, the company is constantly looking for new methods to provide Pinners and creators with the motivation they require to create a life they love and provide content that motivates viewers to create, attempt or do something unique.

Pinterest Inc is a technology and communication company operating online. It was established in 2009. The business allows users to upload information, images, comments, links and download software to computers, mobile devices, and tablets. Pinterest's operating system enables users to find information online using photos, videos, and GIFs. It aids in finding recipes, fashion ideas, DIY projects, and other experimentation ideas. Additionally, Pinterest offers services for customised advertising. It enables users to find and pursue their passions in cooking, crafts, fashion, and home improvement. Users of its website and mobile application can save and upload photographs on various boards sorted and curated based on each user's preferences. Users can repost (or "pin") items to their own boards and follow the boards made by other users.