Salesforce and PureSoftware have teame…
7 minutes 8 seconds ago

From layoffs to losses- the saga of Better.com
1 day 3 hours ago

Together, IBM and Amazon Web Services…
5 days 22 hours ago 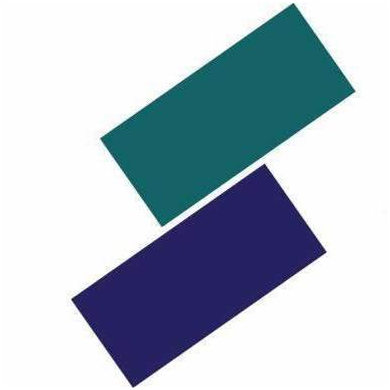 SatSure Analytics Pvt. Ltd, a Bengaluru(India)-based spacetech company, has acquired CropTrails, a software-as-a-service (SaaS) platform, for an unknown fee, with plans to grow into international markets such as Africa, Latin America, and Southeast Asia.

CropTrails, according to the startup, will be transformed into a no-code platform enabling agribusinesses to prototype and design their own solution that can interface with SatSure Sparta's databases.

"Farm digitization tools like CropTrails are necessary for countries such as Nigeria and the Philippines. Thus, this acquisition will help SatSure expand further and strengthen its international market reach into its target geographies in Africa, LATAM and Southeast Asia," SatSure's Founder and CEO, Prateep Basu, stated

SatSure, founded in 2017 by Basu, Rashmit Singh Sukhmani, and Abhishek Raju, is a decision analytics startup that uses breakthroughs in satellite technology and big data analytics to assist in solving pressing problems at the intersection of food, water, and energy security.

CropTrails, on the other hand, was created and launched in the year 2018 by Indore(India)-based firm OEPP Innovations Private Limited. It is a web and Android application used by field officers or supervisors as an information collection tool to record and digitize information on farmers, farms, and crops.

Earlier this month, the spacetech business raised $5 million in a pre-Series A investment round sponsored by Baring Private Equity India and ADB Ventures, the venture arm of the Asian Development Bank. It obtained its first formal round of funding last November, led by Baring Private Equity India. Other investors in the Pre-Series A round included Asian Development Bank Ventures, Flowstate VC, Force Ventures, IndigoEdge Advisors, Toch.ai, Duro Capital's Nishchay Goel, LuckBox Ventures, and xto10x Technologies' Saikiran Krishnamurthy on the startup's board.

This achievement comes as the number of space tech startups in India has more than doubled in a year. The Economic Survey 2022 states that the total number of space startups in the country has surpassed 100, with just 47 of these space technology businesses launching in 2021, up from 21 in 2020. There were just 11 new firms in the space sector in 2019.

Per an ISRO report, India is responsible for roughly 2% of the space economy and has the potential to grab 9% of the worldwide market share by 2030. The Indian space technology sector is anticipated to be worth $77 billion by 2030.

As newcomers have entered the country's spacetech market, it has grown. Union Minister of State for Science and Technology, Jitendra Singh, announced in February this year that 75 businesses have registered with DPIIT under the space technology category.

He continued by saying the figures may be higher because spacetech startups were also filed in other categories.

Furthermore, the MoS claimed that the Indian government was considering allowing Foreign Direct Investment (FDI) to increase investment in the space sector.

Agnikul, an Indian spacetech business, raised $11 million in a Series A fundraising round headed by Mayfield India in May 2021.

CRM solution for sales and productivity

POS and management for retail, hospitality and restaurants