Astro, a startup that connects Latin American software developers with US companies, launches in the market 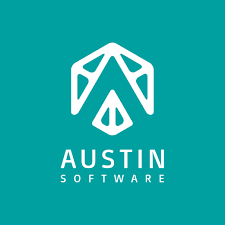 Astro , a startup that hires talent and developer teams from Latin America and connects them with US tech companies, has finally launched in the market. With an investment of $13 million in its Series A funding round, the company had the chance to make its platform public. Previously, customers could only connect with the startup via its existing referral system. The Series A funding round saw participation from enterprises like Greycroft , Obvious Ventures, and some other unnamed investors.

Astro was founded in 2018 by Jacqueline Samira and Frank Licea . The mission behind establishing the company was to address the shortage of software developers that most tech companies face these days. The founders, Samira and Licea, had experienced these issues first-hand while working in OwnLocal. They stated that tech firms had difficulty hiring talent within the sector.

While working with OwnLocal , they broadened their search area from Texas to other Latin American nations. This came in the form of outsourcing partners from Latin America. However, this decision was met with a different set of challenges. For example, OwnLocal did not have fixed pay rates, perks and other benefits. Additionally, OwnLocal also found it challenging to keep track of its partners' work.

These challenges led to the formation of Astro. The company aims to overcome the roadblocks that are seen while recruiting developer talent, primarily in Latin America. These include countries like Argentina, Columbia, Chile, Uruguay and Mexico. In an interview, Samira stated that traditional outsourcing firms usually have clients that are not from a similar background. Furthermore, as the work cultures in organizations from different sectors vary, it becomes difficult to gauge the quality of work presented by outsourced partners. Given the limited talent pool, there are only a few options that a tech firm is left with. This includes outsourcing an entire product, relying on an outsourcing company to manage the firm's engineering culture and managing a team of freelancers.

At present, the startup has established its offices in regions with an English-speaking population. The mid and senior-level developers that work at the firm use an algorithm that matches potential developers with US-based tech companies. Further adding to the interview, Samira also stated that there is a need to find a "sweet spot" that considers both the company's and the developer's needs. To find that "sweet spot", Astro makes use of surveys that aid in collecting various performance metrics from engineers. These surveys consider factors such as engagement, job satisfaction, etc. Based on this, a personality profile for the developer is created. This is then matched with the company's engineering sophistication needs. According to Samira, this strategy reduces the usual risks connected with outsourced teams, such as weak problem definitions, project opacity, and poor communication.

Samira added that the firm makes use of a human-first approach that is backed by technology. For example, the engineering mentors at Astro regularly perform a one-on-one check-in with the Astro developers. They also have a unique system of data verification.

Furthermore, to clarify any claims on exploitation, Samira vehemently argued that Astro is not exploitative. However, she refrained from making any comments on the average salary of the firm's developers.

Astro intends to use its $15.9 million war chest, which includes funding from the Series A round, to build a payroll solution for workers from other countries outside of its network, enhance its matching algorithm, and "enhance" its engineering marketplace. By the end of the year, the company hopes to have 300 developers working for it, up from the existing 213 developers.

The Texas-based startup Austin Software assists businesses in hiring and managing software professionals. First, the company gathers performance data from their engineers to better match developers to clients who need various engineering services, such as productivity, engagement, and happiness. Then, it mixes it with their personality data and Spolsky scores.