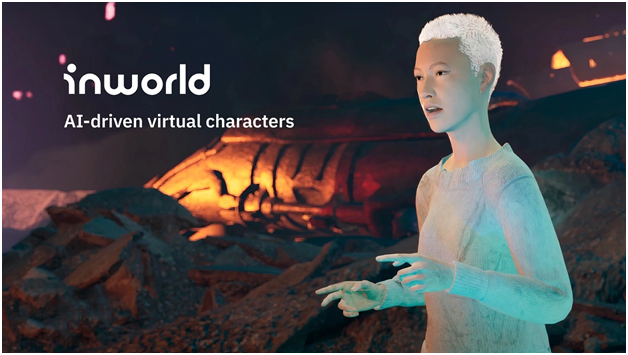 Artificial intelligence is not far behind as software takes over the world. People's daily tools, such as coding environments, spell-checking plugins, and concept art creation platforms, will soon integrate—and already do—AI-powered text, art, and audio generation systems. It should not be surprising that the video game industry is no exception. Games like AI Dungeon demonstrate how, despite its flaws, artificial intelligence can add astounding inventiveness and variety to a lengthy plot.

Inworld AI was founded on this premise. Ilya Gelfenbein, Michael Yermolenko, and Kylan Gibbs came up with the idea for the AI-driven startup service that builds virtual avatars mostly for video games but also for other forms of entertainment and advertising. Customers of Inworld are promised the ability to construct non-player characters (NPCs) and digital representatives with the appearance of memories, personalities, and human behavior using tools and interfaces with engines like Unreal Engine and Unity.

Inworld has certainly been busy. Since concluding a seed investment round in March, the business has released its first product. It has been chosen as one of six businesses to join Disney Accelerator 2022, Disney's startup accelerator. Another significant Inworld hire was John Gaeta's appointment as a chief creative officer. Gaeta is perhaps best known for the bullet time technique in the Matrix movie series.

When developing the concept for Inworld, which went live in 2021, Gelfenbein leaned on a rich history of conversational AI. (The term "conversational AI'' refers to artificial intelligence that enables users to communicate with machines as they would with people’s.) After Google purchased API.ai and its intellectual property, Yermolenko, the former CEO of API.ai, a natural language business that originally provided voice assistant software for Android, joined the company. Before starting Google Assistant Investments, which collaborated with businesses to increase the functionality of Google Assistant, he oversaw product development at Dialogflow, a platform for creating conversational apps on Google Cloud.

Ermalenko worked as the vice president of research and development for API.ai before becoming the engineering manager at Dialogflow. Gibbs came from Bain, where he was a consultant, and DeepMind, where he led products for conversational and generative artificial intelligence (systems like OpenAI, which generate text GPT-3).

Users can build characters on Inworld's AI-powered virtual character creation platform by describing them in layman language. To take a cue from Devin Koldewi, who covered Inworld in April, the description might read: “Asha is a weaponsmith and merchant in the city of Rolheim. She comes from the far north, where her family is.’

Clients utilize Inworld to modify aspects of a character's behavior and cognition, including goals and motivation, conversational style, knowledge, and voice. Editable text fields can inform the character about geography in the game environment, their propensity for sums, their manners, and more.

Before they are ready to be tested and interacted with, Inworld's characters go through a "training" procedure. This process may occur in virtual reality using Inworld's Oculus companion app. After that, characters can be added to games and applications using unique engine packages or APIs.

Characters made with Inworld ask the company's cloud platform for additional dialogue. Although the pricing hasn't been decided yet, it's anticipated to be a per-request price. This pricing structure might not be workable for all authors, but Gelfenbein claims that Inworld is looking into ways to make the service more affordable.

The tools allow authors to block certain terms and subjects, create security filters, and set up dialogue backups in case of connectivity problems. The Globe claims to be one of the first businesses to employ OpenAI's moderation endpoint. This tool scans text for information that needs to be filtered, such as comments that incite hate or violence, sexual content, or self-harm.

We'll have to wait and see how effective these technologies are at keeping characters on topic—chatbots like Meta pose a challenge. The AI that generates the text in BlenderBot 3.0 doesn't exactly inspire much confidence, and the Inworld platform is still in limited beta. But as the company expands its 42-person workforce and increases user involvement, it can't be long until the Inworld characters appear in well-known video games.