In partnership with ADT, Uber provides a live safety agent to customers 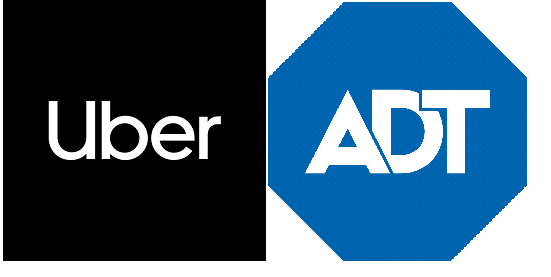 As the most recent tool the firm has developed in recent years to address safety concerns, Uber now allows users to contact a safety agent while on a nerve-wracking trip.

According to the corporation, the feature is meant to assist both drivers and passengers in circumstances that might not necessitate calling the police or other emergency services. Instead, customers will be connected to a live security agent from the security services provider ADT, who can keep an eye on their route the entire time they are traveling.

"It's able to give them a third-party that can help them mediate, or guide them through a situation like that," said Rebecca Payne, lead safety product manager, Uber, wrote in an official blog.

Since a few years ago, Lyft has made the live-agent service available in collaboration with ADT. Before making it available across the country this week, Uber claimed to have been covertly testing the feature in nine locations in recent months.

ADT has "thousands and thousands of US-based agents" available to assist with requests, according to Leah Page, vice president of new Business and mobile security at ADT, who spoke with CNN Business.

The change is a part of a larger safety update that was made public on Tuesday. It includes a revised "toolkit" to simplify access to the different safety features, like creating "trusted contacts" to share trip information with friends and family. There is also a "pin code" option, which requires the passenger to verbally provide the driver with a four-digit pin code to confirm they are taking the right vehicle. According to Uber, the "text to 911" feature is currently accessible in about 60% of the country, including California and New York City.

The most common and not-so-common items left behind in Uber rides:

Uber has always stated that safety is its top priority in helping consumers feel comfortable using its service in the wake of headlines about concerns like sexual harassment and driver violence. Uber and Lyft first pledged to disclose information on their most serious safety issues in response to a 2018 CNN investigation into drivers accused of sexual assault or abuse by customers since 2014 based on publicly available data, including police records.

Uber reported receiving 9,805 reports of the most serious sexual assaults, which include rape and "non-consensual sexual penetration." These reports were spread across the two safety reports it has since published, which cover the years 2017 and 2020. Uber's website states, "serious safety incidents on our platform are, statistically,rare, as the data in both reports illustrate."

Uber started testing an audio recording feature in Brazil and Mexico around the end of 2019. Since then, it has expanded the functionality throughout Latin America, and in December, it said it was testing the service in three US locations.

Payne told CNN Business that while the firm is "definitely excited about" the optional feature, it must carefully consider state-specific privacy rules around recordings and permission. As of right now, according to Payne, usage of the function is "very limited," with people only utilizing it sometimes to record safety incidents rather than the entirety of their journeys.

With more than six million clients, ADT is one of the most reputable and well-known companies in the security sector today;making us the biggest firm of our kind in both the United States and Canada. With more than 300 locations, 9 monitoring centers, and the country's biggest network of security experts, ADT serves both residential and commercial customers with protection, automation, and smart home solutions.