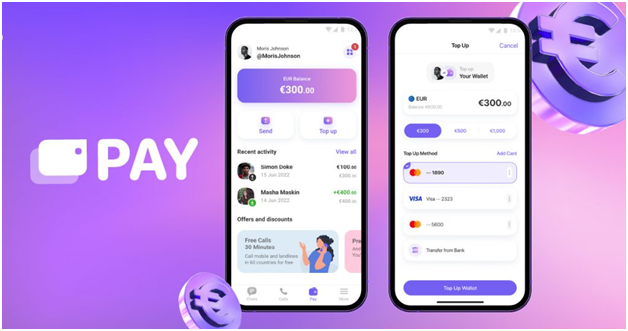 With a mobile wallet accessible through the Viber app, Rakuten Viber, a leader in private and secure messaging and voice-based communication, is entering the world of electronic payments. With the help of this new feature, Viber users can send money to one another quickly and create a digital wallet to hold money, starting with euros. Multiple currencies will subsequently be included, and there will also be additional services soon.

Rakuten Viber enters the global digital payments sector with hundreds of millions of users worldwide and a solid reputation for security built on its on-by-default end-to-end encryption for private communications. By 2025, McKinsey predicts that the global payments market, which includes domestic transfers, international transfers, and credit card payments, will reach $2.5 trillion. Viber payments will launch in Germany and Greece first, then expand to more nations soon. In Greece, 91 per cent of cellphones have Viber installed, deemed one of the most secure messaging apps by Germany's Stiftung Warentest.

"Rakuten Viber is already one of the world's top messengers, and with fintech capabilities, Viber will extend its utility and value to make it an essential app for its hundreds of millions of users. User-friendly payment features will allow users to connect, engage, and transact inside effortlessly and across borders without leaving their preferred messaging platform," says Ofir Eyal, CEO of Rakuten Viber. "Viber's world-class security and privacy-protection joined with the high standards of premium payment service partners, like Rapyd, creates a simple and secure app-based alternative for conducting personal and business transactions."

When the digital wallet launched in Germany and Greece, money could be added to it using any Mastercard or Visa card and local banks. Rapyd, a leading global provider of Fintech-as-a-Service, has collaborated with Viber to offer regulated payment services in the first two markets. Rapyd will immediately integrate its authorized payment processing services within the Viber app to power the features of the in-app payment. When Viber is available in more nations, customers will have access to a wide range of extra financial services, such as:

Users must set up a personal identification code or enable biometric recognition to begin using Viber payments. Payment receipts are automatically encrypted before being sent. The Viber support staff will be on hand to respond to inquiries in local languages for complete peace of mind. Along with other soon-to-be-released features, integrating a frictionless payment option with an in-app wallet supplied by authorized financial partners is a natural step that repositions Rakuten Viber as a super standalone app.