Etsy on a Run-Way To Launch Its Visual Search, Beginning With iOS Phones 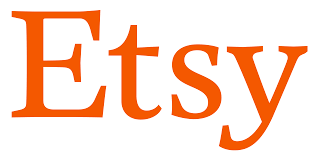 Etsy, a marketplace where millions of people connect to buy and sell unique products, is all set to take a charge on their newly launched visual search.

This new launch is for all iOS app users who need help finding their desired product. The process of choosing your preferred product is just a click away. Users are expected to use images to discover their preferred product by tapping on the new camera icon in the search bar. You can simply take a photo and upload it. Rest Etsy will make sure to surface the items which are visually similar to the image you uploaded in the first place.

Until now, searching for a product via keywords was the fastest way to find what you are looking for. Now the tables have turned and enabled you to explore the visual images further. With more than 100 million items available within Etsy’s marketplace, the odds are that if you can dream it or snap a photo of it, you will find something that you will love on the platform.

Moving ahead with the sources, it has been concluded that customers frequently look for purchasing ideas outside the market before turning to Etsy. However, some people occasionally need help to discover the appropriate terms to locate the ideal things, for which the process will be easier for you to search now. One of the greatest highlights of the launch is the feature was developed as a part of CodeMosaic.

CodeMosaic is an annual Etsy Hackathon that enables engineers to flex new skills they possess, followed by building creative solutions that will benefit the marketplace and the community.

At Etsy, the team focuses on making it easier for users to browse daily. The team of Etsy used its first GPU-backed service to build the picture search functionality from the ground up to give users an effective visual option to turn their inspiration into reality.

“The new Etsy Seller app’s technology will enable us to roll out updates based on seller feedback more quickly, so we’ll continue to add features and iterate as we go,” claimed Kruti Patel Goyal, Senior VP of Product at Etsy. She added, “We’ve already planned several exciting updates in the coming months.”

The launch of Etsy’s new feature came forward with an inspiration from the platforms such as Google and Pinterest, which have already made innate usage of the image search capabilities. Recently, Google has added various multi-search features to its updates, which allow the user to combine a photo and a text to craft your searches, making it easier for you. Additionally, Lens image search was also added to its home page, allowing the users to access the advanced image recognition tools directly from the search box.

According to the statistics, Etsy has released its third-quarter earnings and reported as great as an 11.7% increase in revenue from the same quarter in 2021 to $594.5 million. This bump was delayed a bit as the platforms increased their transaction fee from 5% to 6.5%. Vendors went on strike earlier this year due to the modification after the charge increase, which was publicized. According to Etsy, its intentions to make "major investments in marketing, seller tools, and to build a world-class customer experience" were funded by the higher fees.

With the development of the best-in-class search and discovery, Etsy noticed a rise in early testing results of the feature. For the same cause, they are on their journey to roll out the beta version for all iOS app users. The company believes if the user experience is as smooth as expected, they will soon have a paradigm shift of this platform towards the Android app users as well.

Etsy speaks of its credibility, stating they consistently invest in the marketplace to help sellers expand their businesses. The team is highly enthusiastic about the new, cutting-edge tool since it is expected to make it simpler for sellers to be found and interact with their built-in global audience of roughly 90 million customers.

Established in 2005, Etsy is the global marketplace for unique and creative goods, where customers and users come forward to buy and sell their beloved unique items. It was founded by iospace, a small company composed of Robert Kalin, Chris Maguire, and Haim Schoppik. Originally, it’s an American e-commerce company with branches all over the world now. In simple words, Etsy is home to a universe of extraordinary items, from unique handcrafted pieces to vintage treasures.