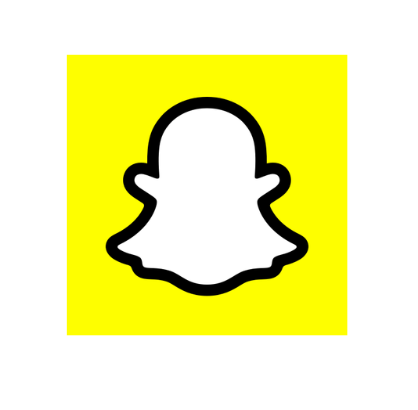 Snapchat has announced the launch of the “Family Center'' feature on its platform as a new form of parental control. According to the firm, this added option will allow parents to track the online activity of their children. This introduction of the feature has come at a time when many other social media platforms are also initiating such changes.

Over the past few years, Snapchat and other social media companies have come under fire for not having sufficient measures in place to protect children using these applications. It has become exceedingly important for social networking platforms to comply with the nation's laws to protect minors on their interfaces. It includes providing parental controls and protecting underage individuals from cybercrimes. In this regard, Snapchat has been facing multiple lawsuits , as some of its features make it difficult to protect children using such interfaces. For example, Snapchat's disappearing messages feature has become the centre of multiple lawsuits from parents of teenagers who committed suicide. This is because the application's disappearing messages option makes it easy to carry out cyberbullying and not leave any evidence behind. It also makes it easier for child predators to target innocent victims. Another issue that has been brought to light is that of sexting. A teenage girl had filed a class-action lawsuit against Snapchat on the grounds that it has not been taking appropriate measures to safeguard young women from sexual exploitation on their platform.

In the backdrop of such incidents, Snapchat announced last October that it would be developing tools to give parents more control and autonomy to monitor their child's internet activities. It has finally introduced the "Family Centre" feature on the application, allowing parents to install Snapchat on their own devices and link it to their children's accounts. This configuration will take place through an opt-in invite process.

Once set up, parents can observe whose accounts their child has been corresponding with for over seven days on the app without being able to read the messages. They will also have a view of their ward's friend list and can report potential abuse to Snap's trust and safety team. Parents can access the new controls from the app's Profile Settings or the app's Search tool to look up "family center" or related terms.

As the application does not permit children under the age of 13, the firm has indicated that this function is only available to parents whose children are between the ages of 13 and 18. Snapchat has also commented that there is no need for many parental controls as the application was designed keeping in mind the safety controls. However, it announced that it would be adding more features and options to the parental controls in the updated version of the application in the future. The firm also claims that teenagers using the app can only interact with their mutual friends on the platform. This is because friend lists are kept private, and teenagers are not allowed to create public profiles, limiting their exposure.

Nevertheless, despite these claims, the company's latest updates to the application have also come under criticism. Some say parents cannot intervene if sexually explicit content is being shared with their children, as the application does not have a system to send updates to the parents. The Family Centre feature also does not offer any controls over the teen's ability to engage with the applications Spotlight feature. This feature is similar to TikTok and allows one to watch short videos on the app. The new feature also does not consider the Discover section of the interface.

The software and service for multi-media instant messaging were created in the US by Snap Inc., formerly known as Snapchat Inc. One of Snapchat's primary advantages is that images and messages are often only accessible for a brief period before they are no longer visible to their recipients. Since its initial focus was on peer-to-peer photo sharing, the application has developed to now feature users' "Stories," which are made up of 24 hours' worth of historical information, and "Discover," which enables businesses to give quick, ad-supported content. Users can store images in the "my eyes only" section of the website in a password-protected area where they can keep them secure. Bobby Murphy, Reggie Brown, and Evan Spiegel founded the business.