To test the delivery of Facebook Marketplace items, DoorDash collaborates with Meta 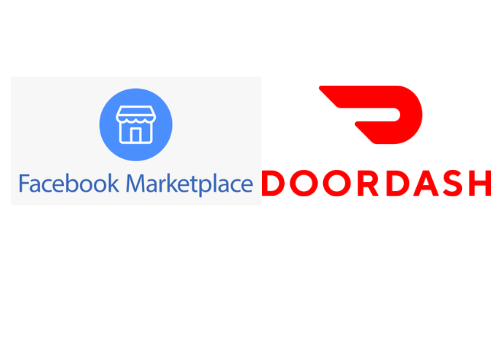 DoorDash Drive , a B2B service, has confirmed that it will collaborate with Facebook Marketplace to enhance its delivery service. Meta , the parent company of Facebook, has stated that they will be testing out this service in only a few cities across the United States. As part of this collaboration, DoorDash will be aiding in delivering items from Facebook Marketplace to its customers. Since this service was recently launched, the companies are testing it out with smaller products first. Currently, only those items are eligible for delivery that can fit in the car's trunk. The drop-off location should be up to 15 miles, and the item must be delivered within 48 hours or less.

The deal is beneficial for both the parties involved. By enlisting DoorDash, Facebook Marketplace can widen its local delivery options. Earlier, the social media giant had teamed up with Dolly to ship more oversized items. However, the company has been facing some issues with this service. One such limitation is the access that Dolly allows Facebook. With Dolly, Marketplace can only deliver items to 45 or more cities in the US.

Nevertheless, Marketplace sellers are allowed to ship items directly to the buyers. Another reason why teaming up with DoorDash could be beneficial for Facebook and Meta is because it aims to target a younger audience. Currently, only 32% of teens between the ages of 13 to 17 are using Facebook. To recreate its image and make it more appealing to the younger audience, the company has collaborated with DoorDash. It is believed that DoorDash will enable the company to connect with the younger audience as it is popular among the Gen Z demographic.

Concerning DoorDash, this collaboration will help it expand on its mission and move on beyond just delivering food. By partnering up with companies like Bed Bath and Beyond, Sephora, Rite Aid, and JCPenny, DoorDash has been providing clothing items, household essentials, prescription medicines, cosmetics and even toiletries. However, teaming up with Facebook Marketplace will allow the firm to expand its horizons.

Over the past couple of years, DoorDash has introduced new service features. For example, since March this year, it has tested its package return feature . This new addition allows customers to return items to their nearest FedEx, UPS or post office. Furthermore, nine months ago, it also introduced nationwide shipping.

Regarding the collaboration between Facebook Marketplace and DoorDash, Meta issued a statement. It stated that DoorDash has always attempted to aid communities and come up with new ways to serve them, and also minimize the awkwardness experienced during delivering items. Via this partnership, communities will also gain "unparalleled convenience", and the companies will have the opportunity to test and explore innovations. In addition, it is a great way to make both buyers and sellers feel comfortable, as sending out packages and delivering items can be stressful. In lieu of this partnership, DoorDash's CEO Tony Xu joined Meta's board of directors.

Meta's social technology company makes it possible for people to connect, find communities, and expand their enterprises. Based in the San Francisco Bay area, it was launched in 2004 by Andrew McCollum , Chris Hughes , Dustin Moskovitz , Eduardo Saverin and Mark Zuckerberg . Since then, it has launched various products and services over the years. Some of them include- Facebook, Facebook Watch, Meta Portal, Messenger and Facebook Marketplace.

Based in San Francisco, DoorDash Drive was launched in 2013. Its founders are Andy Fang , Evan Moore , Stanley Tang and Tony Xu. It is a food delivery platform that aims to connect customers with local, regional and national businesses. Since its establishment, it has diversified from food delivery and experimented with other retail items. Their goal is to promote local businesses by making the process of door-to-door delivery more straightforward and, in the meantime, also serve as a source of revenue for them.