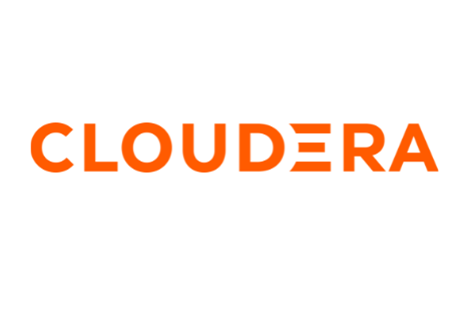 On the 17th of August, 2022, Cloudera , a big data company, announced that it would launch the first 'all-in-one' Data Lake House as a service, called Cloudera Data Platform (CDP) One. It is said that this will enable organizations to gain access to a platform that will provide data access and self-service analytics to more of their employees. Cloudera Data Platform (CDP) One has been a big step for the firm, as it has been attempting to explore the area of hybrid data platforms and unified data fabrics.

The chief technology officer of Cloudera, Ram Venkatesh, has expressed that this new launch will allow employees to gain real-time insights, which will help them make the right decisions. The organization must have a modern cloud-based data architecture to make good decisions. He added that this new launch would save enterprises a lot of time regarding implementation and provide comprehensive data security.

This is because many businesses don't have the right resources, expertise or time to make such processes more efficient. This is the gap that Cloudera Data Platform (CDP) One aims to address and resolve, by assisting businesses to move their workload to the cloud. The best part is that companies don't have to pay for the expense of maintaining a complicated infrastructure architecture themselves. By using CDP One, every enterprise user can execute ad hoc, highly configurable analysis and experimental data science on any data, thanks to its ability to deliver features that span the whole data lifecycle (structured or unstructured). As a result, it will enable enterprises to receive mission-critical business insights faster and more efficiently.

This new launch by Cloudera has been in the making for a while now. Over a year ago, the firm acquired two SaaS companies, Canzena and Datacoral . The technology that Canzena used allowed users to create their own cloud data lakes. Similar technology can be seen reflected in Cloudera Data Platform (CDP) One.

Furthermore, Cloudera partnered with ISV partner Talend to carry out this launch. This was done to make the transition easier for customers. According to Cloudera, the service will be available to customers that sign up now. The availability of the same is to increase by the end of the year. So far, it is operated on a managed, private, single-tenant cloud architecture by Cloudera.

Nevertheless, one thing that has been brought to light is that the organization uses the words "first all-in-one data lakehouse SaaS offering" to define this launch. However, other such services have been present in the market before this. This includes Databricks, which was the first to popularize the concept of the lakehouse . Databricks also offers SaaS-based solutions. Either way, Cloudera claims it was the first to combine storage, streaming analytics, enterprise security and machine learning. Cloudera has also said that its current service uses the same Cloudera technology and has better-rated analytical and operational use cases compared to product vendors from hyperscalers.

Based in California, Cloudera is a big data company that delivers Enterprise Data Cloud. The company was launched in 2008 by Amr Awadallah (former Vice President of Product Intelligence Engineering at Yahoo) , Christophe Bisciglia (ex-leading developer of Hardoop at Google), Jeff Hammerbacher (formerly led the data team at Facebook, Mike Olson and Owen O'Malley.The company started its IPO in 2017 and went private in 2021.

leading developer and distributor of Hadoop